Board Members and Executive Officer

Ms. Chris Laszcz-Davis. As Founder & President of The Environmental Quality Organization (EQO) LLC, Chris adds strong management and industry related experience to the Board. She held several positions at Kaiser Aluminum & Chemical Corporation from 1980 to 2002, including Vice-President, corporate Environmental Affairs, Health, Safety and Operational Integrity, Corporate Director, Risk Assessment, Strategy & Compliance, and Corporate Manager, Product Liability. Prior to that, she worked at the Lawrence Livermore National Laboratories from 1976-1980 as an Industrial Hygiene Engineer and, from 1974-1976 as a Regional Manager, Industrial Hygiene & Medical Programs for the U.S. Department of Energy in both Oakland, CA and Washington DC. Chris has an M.S. from the University of Minnesota in Environmental Health Sciences and is a Fellow of both the American industrial Hygiene Association (AIHA) and American institute of Chemists (AIC). Laszcz-Davis is also Co-Chair for the global Occupational Hygiene Training Association (OHTA), member of NIOSH's Board of Scientific Counselors (BSC); member of ASSE's Council on Professional Affairs (COPA); and Past President of both the American Academy of Industrial Hygiene and California Industrial Hygiene Council (CIHC). Chris lectures and speaks frequently on emerging issues and leadership, has chaired numerous EH&S conferences, authored numerous articles and chapters, been instrumental in orchestrating national professional telewebs on various subjects, and been the recipient of various awards. On a personal note, Chris is a huge advocate of “Believe in the power of one—one person can truly make a difference”.

Ms. Laura Stock, is the director of the Labor Occupational Health Program at the University of California, Berkeley where she has worked since 1982. She has an MPH from UC Berkeley and has been working in the field of education and training for over 35 years. Stock is a member of NIOSH's (the National Institute for Occupational Safety and Health) National Occupational Research Agenda Committee on Health Care, and the American Public Health Association, Occupational Health Section.

Mr. David Harrison, of Fairfield, is currently serving as the Treasurer for the Operating Engineers Local Union #3. He has been a member of Local #3 since 1995 where he worked in the marine construction industry. In 2005, he went to work for the union as a business representative covering Solano County and in 2008 was promoted to Director of Safety over Local #3s four state jurisdiction. In 2013, Harrison became the District Representative covering Napa and Solano counties. At that time, he was also appointed to the position of Auditor until 2016 where he received his current appointment. Harrison is a veteran of the United States Army and a 2017 graduate of the Harvard Trade Union Program.

Ms. Nola Kennedy has served as a professor at California State University, Northridge since 2018, where she was an associate professor from 2013 to 2018. She was an assistant professor at the University of California, Los Angeles from 2000 to 2013 and manager of industrial hygiene at Drucker Health and Safety Management Inc. from 1987 to 1994. Kennedy is a member of the California Industrial Hygiene Council and American Industrial Hygiene Association. She earned a Doctor of Philosophy degree and a Master of Science degree in environmental health science from the University of California, Los Angeles. 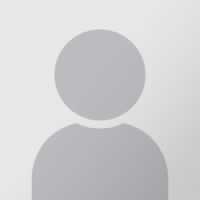 Christina Shupe serves as the Board's Executive Officer. She previously served as the Director for the Citizens Redistricting Commission (CRC), an independent State commission tasked with drawing and defending California's statewide voting districts. During her tenure the CRC established a reputation for transparency and was named the winner of the Roy and Lila Ash Award for Public Engagement. Prior to entering public service Ms. Shupe was the Business Development Manager for a multi-state regional trade association where she established partnerships between industry, government, and media to build respected education and networking programs. Ms. Shupe's background also includes technical and business consulting experience with numerous corporations and small businesses.