About the Elevator Unit

Mission of the Cal/OSHA Elevator Unit:

To ensure the safety of the riding public and protect workers in the elevator industry, the Elevator Unit will maintain a vigilant system to meet our obligation to inspect and enforce code compliance for elevators and other conveyances.

The Certification Section reviews applications for each classification and verifies that applicants meet the requirements specified in the California Labor Code. Upon meeting these requirements, applicants are issued a certificate, an identification card, or both, depending on the type of application.

The Certification Section processes all application fees and forwards them to the Accounting Department. 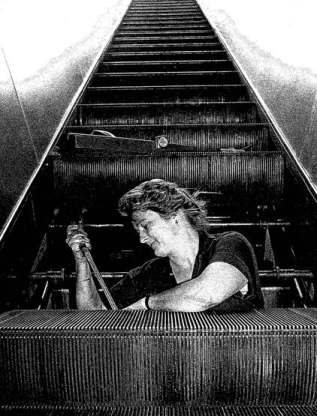 Debra holds a B.A. degree in Criminal Justice from Sacramento State University and a Master's degree in Feminist Psychology from New College of California. Her work in the mid-90's with the Human Rights Commission Elevator Task Force in San Francisco was instrumental in changing the hiring goals and accountability of private industry in construction and maintenance in the elevator industry.

In 2002, she received a commendation from the Human Rights Commission of the City and County of San Francisco for her assistance in the development of legislation to require elevator unions to institute formal apprenticeship standards in conformity with other construction trades, which resulted in the establishment of an apprenticeship program for elevators in the State of California. In September 2012, she was presented with a Certificate of Special Congressional Recognition from Congresswoman Barbara Lee as one of the Women Pioneers of the Elevator Constructors Apprenticeship Program.